Human Rights Watch has published its review of graphic evidence that appears to show a commander of the Syrian opposition “Independent Omar al-Farouq” brigade mutilating the corpse of a pro-government fighter. The figure in the video cuts the heart and liver out of the body and uses sectarian language to insult Alawites. The same brigade was implicated in April 2013 in the cross-border indiscriminate shelling of the Lebanese Shi’a villages of al-Qasr and Hawsh al-Sayyed.

According to Human Rights Watch, “it is not known whether the Independent Omar al-Farouq Brigade operates within the command structure of the Free Syrian Army. But the opposition Syrian National Coalition and the Free Syrian Army leadership should take all possible steps to hold those responsible for war crimes accountable and prevent such abuses by anyone under their command.”


The organization then recommends that any party with the power to do so should do all it can to keep weapons from reaching the brigade.

But is this one outfit so different from the rest? The longer the civil war in Syria continues, the clearer it is becoming that both sides are equally monstrous in their disregard for civilian lives.

Human Rights Watch repeated its call to the United Nations Security Council to refer the Syria situation to the International Criminal Court (ICC) to ensure accountability for all war crimes and crimes against humanity.

“One important way to stop Syria’s daily horrors, from beheadings to mutilations to executions, is to strip all sides from their sense of impunity,” said Nadim Houry, Middle East deputy director at Human Rights Watch. “These atrocities are shocking but so is the obstruction of some Security Council members that still do not support an ICC referral for all sides.”

In the video obtained by Human Rights Watch, a man identified by the person filming the incident as Abu Sakkar is filmed cutting the chest of a dead uniformed fighter, and removing the heart and liver from the corpse. The person filming the incident then comments, while “Abu Sakkar” is cutting out the corpse’s liver: “God Bless you, Abu Sakkar, you look like you are drawing [carving] a heart of love on him.” After Abu Sakkar completes the cutting out of the corpse’s heart and liver, he is filmed holding the heart and liver in his hands and speaks into the camera:

I swear to God, soldiers of Bashar, you dogs – we will eat your heart and livers! Takbir! God is Great! Oh my heroes of Baba Amr, you slaughter the Alawites and take their hearts out to eat them!

At the end of the video, after that statement, the man called Abu Sakkar is filmed putting the corpse’s heart into his mouth, as if he is taking a bite out of it. Because of the extremely graphic and disturbing nature of the video, Human Rights Watch has decided not to publicly release the footage, although an edited and blurred version is available on the internet (see below).

HRW writes that by comparing frames of the mutilation video to other videos showing what appears to be the same man participating in the shelling that indiscriminately hit Lebanese Shi’a villages and talking about killed Hezbollah fighters, Human Rights Watch believes the person in the video to be Commander Abu Sakkar.

Journalists and other commanders have said that Abu Sakkar is the nom de guerre of a former commander from the mainstream al-Farouq Brigade from the Baba Amr district of Homs, in Syria.

When asked about the video, Maj. Gen. Salim Idriss, Chief of Staff for the Supreme Military Council of the opposition, told TIME Magazine that “such violence is unacceptable, and no soldier under the council’s command would be allowed to get away with such actions.” However, opposition forces have not set up proper accountability mechanisms for abuses committed by their members.

“It is not enough for Syria’s opposition to condemn such behavior or blame it on violence by the government,” Houry said. “The opposition forces need to act firmly to stop such abuses.” 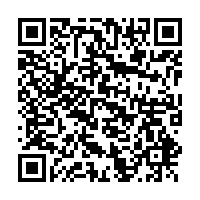