Egyptian Foreign Minister Sameh Shokry said the explanation given by the State Department for meeting with former Muslim Brotherhood party leaders was “not understandable.”

Shoukry was responding to U.S. State Department spokesperson Jen Psaki’s statements during the daily briefing that a meeting by the delegation of former Freedom and Justice Party (Muslim Brotherhood’s political party) members with U.S. State department officials, arranged and paid for by Georgetown University was “routine.”


Questions had been raised during that Jan. 30 briefing regarding criticism of the State Department for meeting with officials from the Muslim Brotherhood, especially given the recent spate of terrorist attacks in the Sinai believed to be at least supported, if not perpetrated, by the Muslim Brotherhood.

Shoukry told Egyptian media on Saturday that any kind of communication with a group affiliated in “terrorist attacks is not understandable, as they are not a political party, and according to the Egyptian law they should be treated as a terrorist group,” the Cairo Post reported.

The Muslim Brotherhood, as well as its political wing, the Freedom and Justice Party, were dissolved in late 2013 by the Egyptian government; the ruling criminalized any association or membership with the group, and also authorized the government to seize its assets. 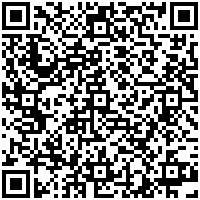