Israel’s National carrier El Al, which has been plagued by pilot sanctions, spent a hefty penny Friday on print ads apologizing for the massive delays and consequent discomfort suffered by its loyal passengers.

The company is in the midst of a propaganda war against its pilots, and it regularly publishes details of its efforts to convince individual pilots to come to work alongside their excuses and outright failure to answer their phones. The pilots for their part blame the company of outright lying to the public, showing how the pilots in question were never contacted.

The following is translated from Friday’s Hebrew ad:

“To Our Traveling Public,

“Recently you’ve experienced many difficulties on some of the flights. We apologize for it from the bottom of our heart. Disagreements with company pilots have turned into sanctions and a lobbying campaign resulting in damages to you, the passengers, intended to pressure the company, its managers and employees.

“We’ve been investing all our resources in order to resolve the crisis and to carry you once again to every destination punctually, with dedication and safety.”

The ad concludes with the company’s gratitude for its passengers’ loyalty and a commitment to resolve the crisis speedily.

Meanwhile, the El Al Facebook page in Hebrew last night apologized for the cancellation of light 81 to Bangkok and the return flight 82 to Tel Aviv. According to Globes, flight 027 to Newark was forced to use a chartered plane.

The dispute between the El Al management and the pilots revolves around a new Pilot Law restricting the maximum number of flight hours per pilots, which is scheduled to go into effect 2018. As a result, El Al pilots have been demanding a pay raise to prevent facing a pay cut once the law is in, but management refuses any pay increases.

Report: El Al to Lay Off 80% of Employees Until the End of June

Report: El Al to Cut 1,000 Jobs Due to Coronavirus 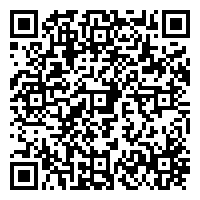