Israel’s national airline El Al suffered a loss of $60 million, despite rising revenue of around $614 million, according to the company’s 2019 financial results.


The auditors of the report noted that concern centers on “repercussions of the spread of the coronavirus, which has resulted in a lack of demand and grounding of the company’s scheduled passenger flights.”

However, the $60 million loss in 2019 came before the coronavirus crisis.

The Israeli government is in talks to bail out the airline, granting loan guarantees for 80 percent of a $400 million loan.

Gonen Usishkin, CEO of El Al, wrote a letter to Israeli Prime Minister Benjamin Netanyahu on Wednesday for him to intervene in the negotiations with the Finance Ministry on the terms of a bailout.

“We are asking you to instruct the Treasury to amend the outline it presented and to remove the unsuitable restrictions,” said Usishkin, reported i24 News. “Last night, we received a document in which the Treasury made additional unsolicited requirements, the sole purpose of which was to send El Al into liquidation.”

Meanwhile, Israel is weighing opening Ben-Gurion International Airport in early June as the coronavirus outbreak continues to level off in Israel. 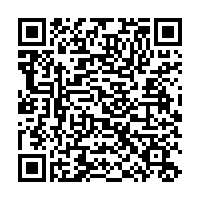