Across Israel, various cities have been twinned with sister cities in the United States as well as internationally. Ashkelon is paired with Sacramento, California; Bnei Brak with Lakewood, New Jersey; Ariel with Mobile, Alabama; Jerusalem with New York City and the list goes on.


“We are very happy with this connection,” a spokesperson from the Hadera Municipality told Tazpit News Agency. “We see the agreement as something that will contribute to the futures of both Hadera and El Paso,” added the spokesperson to Tazpit.

The sister city agreement was signed as part of an effort by El Paso’s Borderplex Alliance, a regional economic development organization in El Paso, dedicated to opening the city and the rest of the region including South-Central New Mexico to more global investment. The agreement will enable Israeli investors to come to EL Paso and El Paso investors to come to Israel.

“We’re trying to build bridges to other countries, reach out to other nations, particularly through their representatives to the United States,” said Borderplex’s chief executive officer, Rolando Pablo in the El Paso Times report about the event.

The 19th largest city in the U.S., El Paso is located in southwest Texas and has a population of about 672,500 people, of which 80 percent are Hispanic.

Pablos also indicated that the agreement will strengthen the start of the relationship between the two El Paso and Hadera in several ways including business and economic cooperation as well as academic and cultural exchanges. For example, the University of Texas in El Paso will accept students from Hadera.

The seventh largest city in Israel, Hadera with a population of about 90,000, drew the attention of El Paso officials for several reasons. The city’s desert environment, a large electric power plant, desalination plant and manufacturing complex, the high-tech incubation programs at the Technion-Israel Institute of Technology, located 30 miles away were all considered to be the right features for a sister city of El Paso.

In addition, the sister city agreement also developed thanks to discussions with an Israeli government official on how to increase ties between Israel and El Paso. City and business officials from El Paso have visited the Jewish state many times and subsequently showed their excitement on business alliance opportunities with Israel.

Hadera mayor Tzvika Gendelman also said that both cities are increasing their focus on wind and solar energy projects. “Hadera is striving to be a center of energy-related business and high tech companies,” he said during the event according to the El Paso Times report.

“We are in the process of building an industrial zone devoted to the field of energy,” said Gendelman. According to the mayor, Hadera has an electric plant that produces about half of Israel’s electricity.

El Paso will be sending a delegation to Israel this October to attend WATEC, Israel’s largest conference dealing with water issues as well as to meet with industry officials. 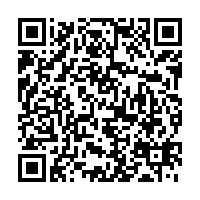