On the eve of New York’s annual Israel Day Parade, Prime Minister Binyamin Netanyahu says he hopes to broaden cooperation between Israel and her Arab neighbors in the region.

Although he was forced into a razor-thin margin when he created his coalition government this time around, the four-term prime minister is clearly working towards a broader vision: region-wide cooperation between Israel and as many of its moderate Arab neighbors as possible.


Speaking in a conversation with political correspondents Thursday at his office, Netanyahu said, “Both from the standpoint of regional security and also to try to resolve the conflict with the Palestinians… this idea of drawing from the Arab states following the changes in the Middle East is a positive concept, one I contemplate constantly.”

Although the “Arab Peace Initiative” of 2002 as presented without any changes was unrealistic – “for example, demanding that Israel return the Golan Heights… the [peace] plan was advanced 13 years ago and since then much has changed in the Middle East'”– the general idea of trying to achieve an understanding with the leading nations of the Arab world is “still a good idea.”

Netanyahu made it clear that both Israel and the Arab countries in the region are feeling threatened by Iran’s nuclear development activities, as well as its support for terror. But he said that he knew Israel’s Arab neighbors also have an interest in the Palestinian issue.

“It is in our interest to resolve this problem and there are certain barriers whose removal we are taking under consideration,” he said.

The prime minister added that he has “no interest in a bi-national state.” He reiterated, however, “The main problem is not the settlements. People have tried to make that the root of the problem, but when Israel pulled out of Gaza, we proved this is wrong. After all was said and done, and the incredibly painful things that took place in the Disengagement from Gaza, did anything stop?”

As far as Netanyahu is concerned, he said, any future agreement on statehood with the Palestinians must be a “long-term agreement that leaves full and practical control over security in the hands of Israel. I really mean it. It’s no whim or trick.”

The main problem for the citizens of Israel, the prime minister said, is the question of “what” will be the authority, “who will be the source for security in the territories that Israel is asked to evacuate…

“This was the ultimate test in Gaza. And today in Gaza, although there is no significant weapons smuggling anymore, how do you prevent domestic weapons manufacturing? What do you do in order to prevent this from happening in Judea and Samaria? I will continue to raise this issue again and again. I believe this is much more significant that people realize.”

The Arab Peace Initiative of 2002 as proposed by Saudi Arabia calls for the return to their homes of origin within the State of Israel for all Palestinian Arab refugees from 1948 and all of their subsequent generations and millions of descendants. It also calls for the establishment of a sovereign state of Palestine – after which all Arab states would establish full normal diplomatic relations with Israel.

It is important to note, however, that in the wake of Israel’s peace treaties with Jordan and Egypt – both of which have already established “full normal diplomatic ties” – it is still extremely dangerous for the average Israeli citizen and certainly for any visibly religious Jewish Israeli tourist to visit either country. In Egypt, the Israeli Embassy in Cairo was utterly destroyed and its employees nearly murdered just two years ago; the embassy has yet to be re-established as anything other than the highly secured private home of the Israeli Ambassador to Egypt. 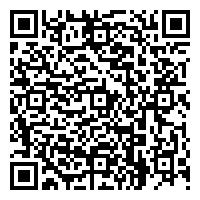