The Rabbinical Center of Europe (RCE), together with the European Jewish Association (EJA), did a study of European Jewry and what they found was predictable, yet disconcerting.

80 percent of European Jews are intermarrying.


75 percent of Jewish children are not enrolled in Jewish schools.

70 percent will not go to synagogue on the High Holidays.

What Hitler didn’t accomplish, European Jewry is doing to itself.

The figures, compiled by polling some 800 rabbis and RCE members across Europe, are not all negative: half a million Jews will still attend prayer services this Rosh Hashana, at 1,353 synagogues across Europe, according to Rabbi Menachem Margolin, a Chabad-Lubavitch rabbi based in Brussels. “The number of visitors in the synagogues has increased by 17 percent compared to the same period last year,” Margolin said.

However, three times as many Jews will continue to hide their Jewish origins, according to the survey.

“Twice as many Jews are reported to attend synagogue prayers on Yom Kippur as on Saturdays throughout the year. But 70 percent of European Jewry are not going to the synagogues during the High Holy Days at all,” according to the rabbi.

Israel’s counter terror Operation Protective Edge against Gaza’s ruling Hamas terrorist organization this summer came with the corresponding spike in anti-Semitic incidents that usually accompanies any attempt by Israel to protect itself from terrorism. It had a major impact on European Jewry, with some families considering the attacks to be a wake-up call.

Almost a third of European Jews are now considering emigration from their homes as a response to the rising tide of anti-Semitism, as opposed to simply hiding their Jewishness, or hoping to “ride it out” as has happened in past. But that does not necessarily mean they will continue to observe any Jewish traditions wherever they land. And it doesn’t mean they will land in any Jewish community, let alone in Israel.

Anti-Semitic attacks in England increased by 500 percent in one month during the Gaza war. Margolin said that in response, hundreds of Jewish parents have transferred their children to Jewish schools.

The question now is, what will happen to the rest of European Jewry — the ones who are hiding their Jewishness, and the ones who don’t hide, but don’t leave — if anti-Semitic attacks continue to rise? How can we help them? 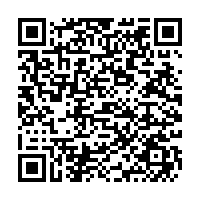