On Sunday, one of our bloggers, JoeSettler, first reported on a human smuggling ring that helps smuggle Gazans out of Gaza and into Europe, via the Sinai and Egypt.

In the past week, three boats carrying hundreds of Gazans, as well as some Syrian refugees sunk on the way to Italy.


One Gazan survivor reported that their boat was deliberately sunk by rival Egyptian human traffickers.

Today, Israel’s Reshet Bet reports that Fatah (the Palestinian Authority) is claiming that Hamas runs the Gazan side of this human trafficking ring, charging between $2000 to $3500 for each person they allow out.

Gazans are in shock over the loss of their family members.

Today, the Palestinian Authority radio listed off the names of 90 Gazans who disappeared this past week trying to escape from Gaza to Europe.

In response, Hamas said the smuggling ring to Europe has always existed, and they arrested some people involved in it.

Internal Arab polls indicate that at least 70% of Gazans want to leave Gaza for good. The Europeans must take the moral step to help these people leave safely to European shores. 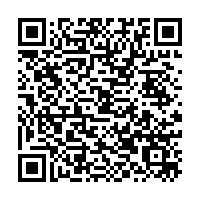