An Israeli court Thursday sentenced former Arab Knesset Member Said Nafa to jail for one year for traveling to Syria, an enemy state, and meeting with Popular Front for the Liberation of Palestine terrorist party official Talal Naji.

Nafa was placed in the Knesset as a replacement for Azmi Bishara, who not only left the legislature but also fled the country after being indicted for selling information to Hezbollah during the Second Lebanon War in 2006. He visited Syria in 2007, the same year Bishara was indicted.

Nafa accused the Israeli government of conducting a witch hunt and said he really was serving the country faithfully by his diplomatic gesture as a liaison between Druze communities in Syria and Israel.

The former MK claimed he never met Nafa. He also has been accused of meeting with Hamas political commander-in-chief Khaled Mashaal, but the Nazareth District court said there was no evidence to prove the charge.

Next in line for jail could be Balad MK Haneen Zoabi, the high-profile fifth columnist who is under investigation for incitement. “Now it’s Zoabi’s turn,” said Likud MK Miri Regev after Nafa was sentenced.

Foreign minister Avigdor Lieberman commented that the conviction sent an “important message that Israel will not allow subversion against the country by people sitting in the Knesset at the same time they are acting to destroy the country.”

The Balad’s party platform opposes Israel as a Jewish state. 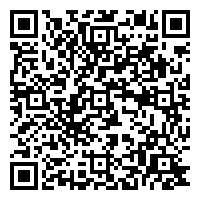