Jerusalem (TPS) – Over 20 religious leaders from east Asia arrived in Israel Monday for a four-day summit in Jerusalem. Participants came from countries such as China, South Korea, India, and Japan, representing spiritual traditions of Taoism, Buddhism, Shintoism, Jainism, Sikhism and Zoroastrianism. Throughout the upcoming week, they will come face to face with Arab and Israeli religious leaders of Judaism, Islam and Christianity.


“It is time to expand the Israel-Asia dialogue from only diplomatic and economic spheres to religion, spirituality and faith,” summit coordinator Simona Halperin told Tazpit Press Service (TPS). “This is a first meeting in history between the religious leaders of Judaism and those of the eastern faiths.”

The summit was a joint project between the Israeli Ministry of Foreign Affairs (MFA), the American Jewish Committee and the World Council of Religious Leaders (WCRL). Notable guests included the president of the Buddhist Association of China, Xuecheng, Swami Avdeshanand Giri, spiritual leader of millions of Indian Hindus, and Bawa Jain, Secretary-General of the WCRL.

“Welcome to Jerusalem, the holy city to the religions of the sons of Abraham,” Rivlin told the guests. “Your arrival is a very special event, for many years the interaction between our religions hardly even existed.

“This is no longer the situation, as your visit today shows,” Rivlin said.

“I’m very happy to be here,” said the Swami. “We have a saying in our colloquial tongue: ‘When you have dialogues, then the wisdom dawns and knowledge comes.’ Dialogue imparts clarity.”

Xuecheng expressed his hope to make lasting friendships among religious leaders in Israel. “Only if we make true friends we can really set the goal of mutual respect and understanding. the Chinese religions are working very hard to call out other religions to help in the construction of a peaceful world,” he said.

According to Halperin, during the four days of the summit the religious leaders will meet with rabbis from all Jewish streams, as well as with Muslim, Druze and Christian leaders. The group will tour holy sites and discuss current events including global warming, the environment, the status of religion in contemporary society, the role of religion in peacemaking and more.

“Our spiritual worlds are very close to each other in that they are not missionary religions which makes them very open and tolerant,” Rabbi Daniel Sperber, a professor of Talmud at Bar-Ilan University and Orthodox rabbi. “I feel a unity and comradery between our peoples, more so than with the western world and Christianity.” 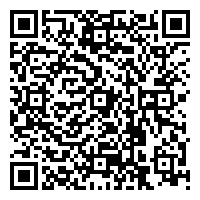