Just like in France, the Islamic terror attacks are also continuing in Israel.

An 18-year-old female Arab terrorist approached the Kalandia checkpoint and began running towards to the guards in the vehicle lane, according to the police.


The guards yelled at her to stop, but she didn’t. When she got too close to them, the guards shot her in the legs.

A knife was found in her bag. Lucky for the guards, who waited until she was close, that she wasn’t carrying a bomb in the bag instead.

The neutralized terrorist was taken to the hospital in light to moderate condition.

There’s now some rioting going on at the checkpoint, but the Border Police have it under control.

The Kalandia checkpoint separates the Binyamin region from northern Jerusalem. 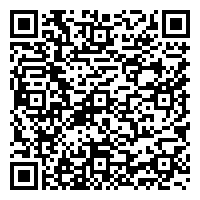