If you did not think it could happen again you were wrong.

Jews are being attacked again in broad daylight in Europe. And like once before, they cower inside, waiting for the “authorities” to save them.


This time, anti-Israel protesters swirled around the Synagogue Don Isaac Abravanel in Paris, screaming hate-filled epithets and hurling rocks and bottles as the Jews cowered inside, fearful for their lives. At another synagogue nearby, protesters tried to force their way into the building, armed with bats and chairs.

The police were called to assist the Jews to safety. This time they came. What if they didn’t?

Thousands of pro-terrorist protesters surrounded the French shul on Sunday, July 13, throwing rocks into the building as congregants waited inside for police support. They had come to the synagogue on Sunday for a ceremony to honor the memory of the three Israeli teens who were kidnapped and slain: Gilad Shaar, Eyal Yifrach and Naftali Frenkel. The Jews at the other Parisian synagogue were trapped inside after they had gone to attend services.

The protesters tried to attack the Jews because they claim Israelis are killing children in Gaza in what some are calling a massacre.

So far no one has been hurt. And so far, the call is for the Israelis to show restraint. And so far, the Jews do not fight back, but instead wait for rescue from someone else, or for their leaders to write angry letters.

In Lyon, France, protesters waved Hamas flags and called for the murder of Zionists.

The Bureau of National Vigilance Against Anti-Semitism in France filed protests. 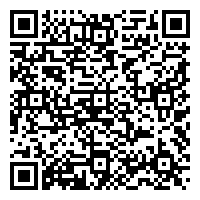