Israel’s combined security forces were successful in thwarting an attempt to smuggle guns from Jordan to Israel on Monday night, the second such incident in less than a week.

The IDF stated that its forces identified two suspects who tried to smuggle weapons into Israeli territory in the area of the Jordan Valley.

The suspects and findings were transferred to the Israel Police for further investigation.

No details on the identity of the suspects were provided.

A similar incident occurred in the area on Wednesday night, during which IDF troops and police arrested a suspect in a smuggling attempt and seized 15 weapons, including eight shotguns, three Kalashnikov assault rifles, two handguns, an M16 rifle, and a carbine rifle.

The incident occurred in the Jordan Valley, an area in which similar weapons smuggling attempts have been made in recent months. The IDF has said that it has recently detected an increase in the number of smuggling attempts in this area.

The police said that since the beginning of 2021, it has thwarted 19 smuggling operations in the northern district, during which 137 handguns, 20 assault rifles, and 79 kg of cannabis worth millions of shekels were seized. 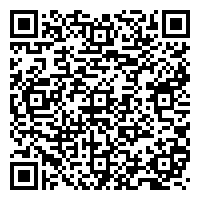