Former astronaut and U.S. Senator John Glenn has passed away at age 95, the last of an era in which children sat with their parents before a TV set and watched as national heroes came to life performing real-time acts of wonder for the greater good of humanity, simply “because.”

Glenn had heart valve replacement surgery in 2014. He was hospitalized “more than a week ago” at James Cancer Hospital at Ohio State University, it was announced Wednesday, although his diagnosis was not shared by OSU spokesman Hank Wilson.


The first U.S. astronaut ever to orbit the earth, Glenn was born in 1921. He was the last surviving member of the Mercury Seven, a group of military test pilots who were selected in 1959 to become America’s first astronauts and fly the Project Mercury spacecraft, known as the Friendship 7 mission.

Glenn resigned from NASA in 1964, and became a Democratic U.S. Senator from his home state of Ohio in 1974, serving the state in that capacity until January 1999. He received the Congressional Space Medal of Honor in 1978 and was awarded the Presidential Medal of Freedom in 2012.

NASA bade him a fond but sad farewell Thursday on the Twitter social networking site.

Today we lost a great pioneer of air and space in John Glenn. He was a hero and inspired generations of future explorers. He will be missed.— Donald J. Trump (@realDonaldTrump) December 8, 2016

“When John Glenn blasted off from Cape Canaveral atop an Atlas rocket in 1962, he lifted the hopes of a nation. And when his Friendship 7 spacecraft splashed down a few hours later, the first American to orbit the Earth reminded us that with courage and a spirit of discovery there’s no limit to the heights we can reach together.

“With John’s passing, our nation has lost an icon and Michelle and I have lost a friend. John spent his life breaking barriers, from defending our freedom as a decorated Marine Corps fighter pilot in World War II and Korea, to setting a transcontinental speed record, to becoming, at age 77, the oldest human to touch the stars. John always had the right stuff, inspiring generations of scientists, engineers and astronauts who will take us to Mars and beyond–not just to visit, but to stay.

“Today, the people of Ohio remember a devoted public servant who represented his fellow Buckeyes in the U.S. Senate for a quarter century and who fought to keep America a leader in science and technology. Our thoughts are with his beloved wife Annie, their children John and Carolyn and the entire Glenn family. The last of America’s first astronauts has left us, but propelled by their example we know that our future here on Earth compels us to keep reaching for the heavens. On behalf of a grateful nation, Godspeed, John Glenn.” 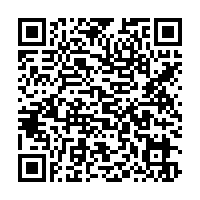