The sister of Gush Etzion terror victim Dalia Lemkus, murdered while hitchhiking on Monday, appealed to Israelis during the funeral for her sister to continue hitchhiking and not give Arab terrorists “the satisfaction” that they can stop Jews from living a normal lives.

Lemkus, 26, was from the community of Tekoa, east of Efrat, and was run over by the terrorist’s car. He then got out of the car and stabbed the victim along with two others, one of whom is in serious condition.


She previously had survived a terrorist stabbing attack several years ago and afterwards told her sister Michal she would not stop hitchhiking. “Do you think I am going to let them defeat me?” she asked rhetorically.

Michal Lemkus told hundreds of mourners at the funeral, “I want to scream at everyone, ay my country and especially at myself, ‘Don’t stop hitchhiking.’”

Her appeal was opposite the attitude of Israel’s center-left establishment after previous terrorist attacks on hitchhikers, which have prompted the media’s asking why people take the risk.

Yes, it would be a lot less risky to live in Tel Aviv, except that another funeral was held today for a soldier who was stabbed to death on Monday by an Arab terrorist near a Tel Aviv train station. 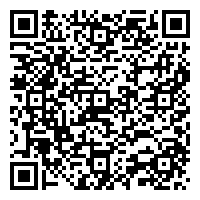