Seventy-five families from Southern Israel received specialized art therapy kits, thanks to a new project organized by United Hatzalah of Israel’s Team Daniel initiative. In conjunction with Artists 4 Israel, the art therapy kits were distributed on Dec 8 -10 along with a program introducing parents how to use the kits with their children and visits by graffiti artists who worked with teens to paint neighborhood bomb shelters. Various art therapists also participated in the events.

Last summer during Operation Protective Edge, a group of Chicagoans was touring the Eshkol region as sirens were blaring. These community members were so moved by their experience and after hearing about the death of 4-year-old Daniel Tragerman, decided to raise money to help the region. Some 50 Chicago families established Team Daniel to fund the training, placement and equipment needed for 100 United Hatzalah medics to service Southern Israel. The new trauma kits are given directly to the families of these volunteers, who often run out on a moment’s notice to attend to rocket attacks and other local emergencies.


“This is the least we could do for these children and families, who have endured so much and are struggling to heal from deep trauma,” said Brielle Collins, Chicago Regional Manager for United Hatzalah. “I really wanted to do something for the children in this community since they suffered from many traumas during the war. Because these particular families are committed to saving lives as United Hatzalah medics, it was important to use that we give them a way to cope. Art is such a powerful tool to give to people who are recovering from war, stress and tragedy.”

The Healing Arts Kit was developed by leading experts in the mental health field in collaboration with the non-profit group Artists 4 Israel. Top psychologists and trauma specialists from both Israel and the United States worked together to create a ‘first aid kit for young minds’ that will immediately combat the effects of trauma and eliminate the chances of PTSD by up to eighty percent through self-directed, creative play therapies. United Hatzalah, Israel’s premier community-based emergency medical response organization, has been distributing the kits in a pilot program throughout Israel since July.

The Healing Arts Kits were first used in this same region during last summer’s war with Hamas. Artists 4 Israel gave out Kits to every child in Kibbutz Said and Alumim. “We are honored to be working with Team Daniel and United Hatzalah on this important project; they truly understand what it takes to help protect and promote life in the region and we are glad to contribute to this work.” said Craig Dershowitz, Executive Director of Artists 4 Israel.” 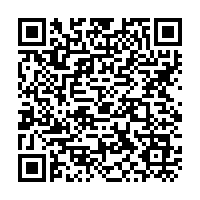