The chairman of the U.S. Joint Chiefs of Staff, Gen. Martin Dempsey, told an audience in New York that he believed the Israel Defense Force went to “extraordinary lengths” to limit civilian casualties in this past summer’s military conflict in Gaza.

The military leader was speaking to the Carnegie Council for Ethics in International Affairs.


In addition to praising the IDF’s efforts to limit civilian casualties, Dempsey also said that the Pentagon sent a team to Israel to see what lessons could be learned from the IDF’s expertise during Operation Protective Edge. This included observing the measures taken by the IDF to prevent civilian casualties and the way in which the Israeli military dealt with the terror tunnels.

The reason this is such extraordinary news is that Israel was criticized harshly and repeatedly for failing to prevent the heavy loss of civilian life during the conflict, which saw more than a thousand Gazans die, including many civilians and children. Various human rights entities accused and continue to accuse Israel of committing war crimes. Even the White House and State Department repeatedly claimed Israel failed to do enough to prevent civilian casualties.

But when asked to address the alleged “callous indifference” by Israel to the extensive damage and civilian deaths, Dempsey told the audience that he though the IDF “did what they could” to avoid civilian casualties.

“I actually do think that Israel went to extraordinary lengths to limit collateral damage and civilian casualties,” Dempsey told the group. “In this kind of conflict, where you are held to a standard that your enemy is not held to, you’re going to be criticized for civilian casualties,” he added.

Dempsey said Hamas had turned Gaza into “very nearly a subterranean society” with tunneling throughout the coastal enclave.

“That caused the IDF some significant challenges. But they did some extraordinary things to try and limit civilian casualties,” Dempsey said, which included “making it known that they were going to destroy a particular structure,” Dempsey said.

In addition to dropping warning leaflets, Dempsey said, the IDF developed a technique called “roof-knocking.” This involves dropping a low-yield explosive or non-explosive device on a rooftop. This “knocking” is a warning to residents to leave the building before it is shelled. Of course, even this effort to limit civilian casualties was criticized for not being gentle enough.

Dempsey said civilian casualties during the summer’s conflict were “tragic, but I think the IDF did what they could” to avoid them.

“The IDF is not interested in creating civilian casualties. They’re interested in stopping the shooting of rockets and missiles out of the Gaza Strip and into Israel,” Dempsey said. 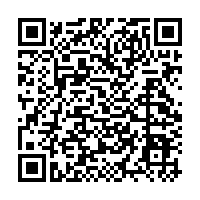