(JNi.media) President of the Central Council of Jews in Germany Josef Schuster fears the fact that many of the refugees seeking asylum in Germany come from countries hostile to Israel might bolster anti-Semitic views among the Arab community, EJP reported.

Speaking to Welt am Sonntag, Schuster said that when he shared his trepidation in a meeting with German Chancellor Angela Merkel and her staff, it resulted in an awkward silence, following which Merkel responded: “We must address that.”


According to Schuster, many German Jews share his fears, “and I share this feeling and therefore see a need to integrate the refugees in our community of values as soon as possible.”

In an interview with Juedische Allgemeine, the highest-circulation Jewish periodical in Germany, Schuster suggested that people who grow up in anti-Semitic environment would “transfer their resentment to Jews in general,” as could be seen in demonstrations during Israel’s 2014 Gaza offensive “Protective Edge.” In many of these demonstrations, protesters chanted “Hamas, Hamas, Juden in’s gas!” (“Hamas, Hamas, Jews to the gas!”).

“Many Syrians and immigrants of Arab descent have grown up in an environment in which hostility towards Israel and anti-Semitism are a common practice,” Schuster said.

Nevertheless, the Central Council of Jews has announced that Germany’s Mitzvah Day, November 15th, an annual day of faith-based social action, will be dedicated to aiding the thousands of recent refugees. 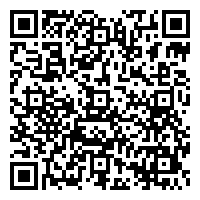