Question: At the conclusion of the Amidah, should the chazzan say “Yiyu leratzon imrei fi… – May the words of my mouth and the meditations of my heart be acceptable before you, G-d, my Rock and Redeemer”?

Answer: The Rema (Orach Chayim 123:6) rules that he need not. After “Uva l’tziyon,” the chazzan will in any event say the words in Kaddish, “Titkabel tzelot’hon – May the prayers be accepted.” He therefore need not say “Yiyu leratzon,” which means the same thing.

Many congregations allow a second chazzan to replace the first chazzan before Ashrei, after the conclusion of the Amidah. In such instances, the first chazzan never says “Titkabel tzelot’hon” after “Uva l’tziyon.” Thus, even according to the Rema, he would have to say “Yiyu leratzon.” 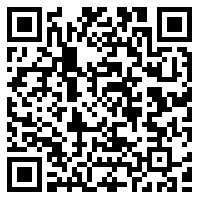