U.S. Senator Marco Rubio of Florida has launched his run for the Republican presidential nomination for 2016, reinforcing the new reality in America: diversity is officially “in.”

The senator made his announcement yesterday (Monday) during a speech in Miami.

Rubio is using his heritage as the son of Cuban immigrants to counter the Democratic female wannabe “champion” of the American dream, former First Lady and Secretary of State Hillary Clinton.

Both follow a successful two-term president who ran on the themes of America’s strength in diversity, “hope” and “change” each time around.

Rubio, age 43, is the youngest candidate in the field thus far and represents the up-and-coming generation of the party. He is presenting himself as the person who can unite all the Republican party factions from one end of the spectrum to the other, and bring to the nation new economic solutions for the 21st century.

Rubio served as a member of the House of Representatives from 2000 to 2008 and rose to the position of Speaker of the House before he was elected as Senator in 2010. He is seen as a moderate in the party and serves on the Senate Foreign Relations and Intelligence Committees.

In every way, Marco Rubio stands in complete contrast to Hillary Clinton, 67, a graduate of Ivy League university and a long-standing member of the elite Establishment.

“A leader from yesterday began a campaign for president by promising to take us back to yesterday. Yesterday is over and we’re never going back,” he told supporters in his debut attack on Clinton.

Ditto with his closest GOP competitor, Jeb Bush, 62, whose brother and father both have already preceded him in the White House.

“I live in an exceptional country where the son of a bartender and a maid can have the same dreams and the same future as those who come from power and privilege,” Rubio said, with a nod towards the venerable political background of his GOP competitor.

Neither the talk of “change” nor the “American dream” theme were different from any other presidential rhetoric heard on previous campaign trails. Much of it may also be found in his new book, “American Dreams.”

The good news is that Rubio has already made some of his positions clear, openly slamming Obama’s “dangerous concessions” to Iran and his administration’s “hostility” to Israel. In fact, Rubio was talking about the Iranian issue back in 2013, defining it not as an Israeli problem but as one that faces the entire world. An armed Iran is not something the United States can live with or contain, Rubio said at a news conference with Prime Minister Binyamin Netanyahu during a visit to Israel that year. “We hope the sanctions work, but we’re also preparing for the possibility that they won’t,” he said.

Israel lives “in a challenging neighborhood,” Rubio commented. He made it clear that America’s commitment to the U.S.-Israel relationship was bipartisan and said “it should remain that way.”

During a meeting with then-President Shimon Peres, Rubio told reporters Jerusalem was “of course the capital of Israel.” He also said that although a two-state solution must be established, it was not clear whether Israel’s security could, in fact, be secured under such an arrangement. The solution, said Rubio, could only be reached in direct talks between the two parties themselves: no third side could force any arrangement. Nor should the United States be dictating any policy about the settlements, Rubio said; this too was an issue for the two sides in direct talks and should not involve any third parties. 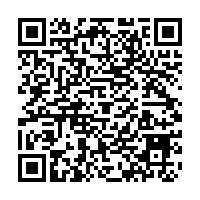