To be sure, the information provided by Steve Emerson regarding a decision by the U.S. government to stand down on an ongoing attempt to provide the Israeli government with critical information regarding an Israeli soldier whom Hamas claimed it had in its custody during this summer’s conflict was shocking.

But perhaps just as shocking – or it should be – was a politically driven smear by Haaretz of Emerson’s credentials and his alleged political friendships, suggesting that was all that was driving Emerson’s claims.


Although the Haaretz article claimed Emerson was wrong about the facts that he alleged, its portrayal of the U.S. government’s refutation was misleading and its focus ugly – that Emerson, a “right-wing Republican” is a “personal friend” of Sheldon Adelson, who is a “formidable patron of the Republican party and Prime Minister Benyamin Netanyahu.”

One expects such breathless cospiratorialism from bloggers unrestrained by journalistic standards, but the Israeli newspaper which holds itself out as the paper of the cognoscenti? Also, the issue at hand had nothing to do with whether or not Hamas claimed to kidnap at least some body parts of the Israeli soldier, so why is any alleged “Islamophobia” relevant? It is clear that these nasty slams were simply intended to inform Haaretz’s left wing audience that Emerson is the kind of person they all despise.

The U.S. Embassy in Tel Aviv released a statement on Sunday, Oct. 19, which claimed that Emerson’s account contained information which was “incorrect and misleading.” It stated that “there was significant cooperation between the USG [U.S. government] and the GOI [government of Israel] in developing information in support of the search for Corporal Shaul.” It continued:

The FBI did immediately pass useful intelligence information to Israeli authorities related to Corporal Shaul’s social media account which answered the initial Israeli request.  The FBI further undertook other investigative efforts pursuant to legal authority as a result of follow on Israeli requests in an attempt to assist our allies in the search for their missing soldier.  U.S. and Israeli law enforcement and intelligence organizations enjoy a robust and continuing exchange of information and intelligence on any number of items of mutual interest on a daily basis.  To characterize this instance as anything other than responsive and collaborative is simply misinformed.

Emerson, who had direct contact with those who were actively involved in the contretemps, responded in writing to the Embassy and he shared that response with the JewishPress.com.

Emerson pointed out that there was nothing in the U.S. Embassy’s statement that denied the thrust of his allegation that the Embassy “withdrew their initial willingness to seek a court order to force Facebook to give up its back up information to determine the location of where Hamas had hacked into the Facebook account” of Oron Shaul.

What’s more, Emerson flatly stated that “the Israelis never got this alleged ‘social media information’ on where the hacking took place” on the IDF soldier’s Facebook page that the Embassy claimed it provided.

Emerson also pointed out that the alleged correction did not deny that someone, somewhere in the U.S. government mandated that the Israelis use the Mutual Legal Assistance Treaty process to request the required information, “a process that can take weeks and which is never used in life or death situations, especially in relations with close allies.” 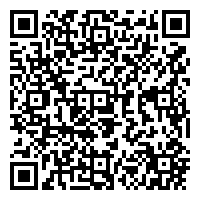