While the earliest evidence for economic exploitation of chickens in Europe dates only to the first century BCE, a new study that shows the first widespread use of chickens occurred in Israel (the Southern Levant), suggesting a distinct possibility that the Europeans imported their first chickens from the Holy Land.

Lee Perry-Gal, Adi Erlich, Ayelet Gilboa, and Guy Bar-Oz of Haifa University on Tuesday published their study, “Earliest economic exploitation of chicken outside East Asia: Evidence from the Hellenistic Southern Levant,” in the prestigious Proceedings of the National Academy of Sciences of the United States of America (PNAS).


The study offers new evidence on the cultural history of the chicken, a species that until recently received limited attention compared with other domesticated animals.

“We provide evidence for the earliest known economic exploitation of the chicken outside its original distribution,” say the authors in the study’s abstract. “This intensified use is first documented in the Southern Levant during the Hellenistic period (fourth–second centuries BCE), at least 100 years before chickens spread widely across Europe.”

The authors explore the “mechanisms for the spread of chickens as an important species in livestock economies from Asian to Mediterranean and European economies in antiquity, to become one of the most widespread and dominant domesticates in the world today.”

The Chicken is today one of the most widespread domesticated species and is a main source of protein in the human diet. However, according to the authors, for thousands of years, the use of chickens was confined to symbolic and social domains such as cockfighting.

The question of when and where chickens were first used for economic purposes remains unresolved. The results of their faunal analysis demonstrate that the fourth–second centuries BCE site of Maresha, Israel, is the earliest site known today where economic exploitation of chickens was widely practiced.

They base their claim on the “exceptionally high frequency of chicken bones at that site, the majority of which belong to adult individuals, and on the observed 2:1 ratio of female to male bones.”

“These results are supported further by an extensive survey of faunal remains from 234 sites in the Southern Levant,” write the authors, “spanning more than three millennia, which shows a sharp increase in the frequency of chicken during the Hellenistic period.”

And so, as the earliest evidence for economic exploitation of chickens in Europe dates to the first century BCE, it is predated by the finds in the Southern Levant by at least a century.

The authors suggest that the acclimatization of chickens in Israel and its gradual integration into the local economy was “a crucial step in the adoption of this species in European husbandry some 100 years later.” 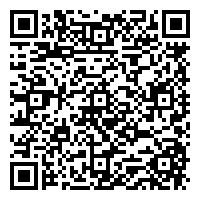