Today, #Hamas stopped Israeli humanitarian aid from reaching the people who need it.

Kerem Shalom crossing – #Gaza's lifeline, has been attacked by a Hamas-led mob 3 times in the last 2 weeks.

Hamas prioritizes its conflict with Israel over the needs of the people of Gaza. pic.twitter.com/g9brz1HoTo


The terror group allowed a separate convoy of six trucks containing medical supplies from UNICEF and the Palestinian Authority to enter the enclave.

Hamas has dispatched its operatives to lead mobs in attacking the Kerem Shalom Crossing with Israel three times over the past two weeks. The terrorists burned essential equipment and infrastructure at the crossing where humanitarian aid in the form of medical equipment and supplies, foodstuffs, dry goods and fuel has been delivered to Gazans in the enclave on a daily basis for years. 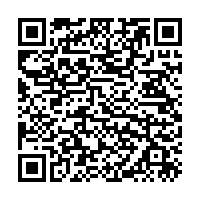