Gaza’s ruling Hamas terror group and the Palestinian Authority’s leading Fatah faction both called on Egypt to retain control over the Rafah crossing — at least temporarily — while they work out “certain provisions” between themselves.

Control over the crossing was to be transferred to Fatah by Egypt within the next two days as part of the Hamas-Fatah reconciliation agreement brokered by Egypt.


“Hamas and Fatah call on Egypt to postpone the transfer of power (in Gaza) from December 1 to December 10 to finalize certain provisions,” read a statement issued by Hamas.

Egypt shut down the crossing in response to last Friday’s deadly terror attack on the Al-Rawda Mosque in northern Sinai. It was the worst attack on a mosque in the history of the country, leaving more than 300 dead, including at least 30 children, and over 150 others wounded. 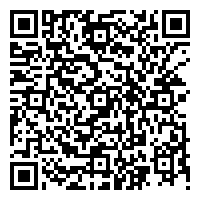