Hamas leader Yahya Sinwar raised demands for the immediate transfer of Qatari cash to the Gaza Strip, threatening an escalation if that failed to happen, Kan news reported on Monday evening.

Sinwar reportedly made the comments during a meeting on Monday with the U.N. Middle East peace envoy Tor Wennesland in the Gaza Strip. He called for the transfer of $30 million per month. Otherwise, Hamas would escalate the security situation through violent disturbances on the border and the launching of more arson balloons into southern Israel.


During the meeting, Sinwar stated that “there are no signs of a solution to the humanitarian crisis in Gaza, and the occupation is trying to extort us,” according to the report. He added that he would re-evaluate Gaza’s armed factions to decide the next steps.

An Israeli delegation is due to visit Egypt in the coming days to discuss ways of transferring money from Qatar.

Defense Minister Benny Gantz said last month that the past arrangement that took shape in Gaza will not continue.

“I spoke with the Americans, the Egyptians and with many other representatives in the world, and clarified to them that alongside the entry of goods like food and medicines, which are needed for basic humanitarian existence, we will demand that recovery of the Gaza Strip be accompanied by long-term quiet and the return of the soldiers,” he said. “In addition, we will act to strengthen ties with the Palestinian Authority, which I hope will want to take responsibility for some of what is occurring in the Gaza Strip.” 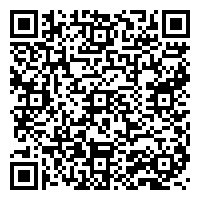