Palestinian Arabs both south and north of Israel celebrated the flow of blood from Jewish bodies in a terror attack on a central bus station on Sunday night.

The terror group called for more attacks but stopped short of claiming responsibility for the deadly shooting spree which claimed the life of at least one Israeli and wounded seven others.

Palestinian Arabs in Lebanon also celebrated the attack with “heavy celebratory gunfire,” according to a Lebanese Internet site. 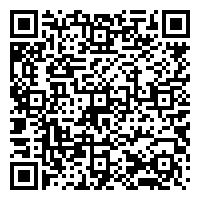