Thousands of Arabs and Israeli leftists showed their solidarity against Israel Saturday night in a protest rally against the IDF war on Hamas terror, but a funny thing happened on the way to the soap box when Hamas rocket fire threatened the area.

Police ordered them to flee the area as sirens wailed south of metropolitan Gush Dan. Several protesters tried to return despite the police order and the danger.

I personally think the demonstrators should be taken to the hospital for medical care – in the psychiatric unit. 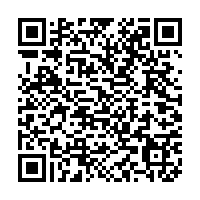