Palestinian sources told Yoni Alper’s Terror Watch that a message has been sent to Israel through the Red Cross and other channels saying that Hamas is making an effort to prevent continued rocket fire and that they are pursuing and attempting to pursue and locate the terror cells launching the rockets. The organization was requesting Israel meanwhile to stop the attacks on Gaza.

The same sources have disclosed that Israel on Monday sent a warning to Hamas via the Red Cross, to evacuate all personnel from their military and security service facilities in the Gaza strip as the IAF is planning an attack because of continued missile fire. Sunday a house in Netivot suffered a direct hit by a missile and another missile exploded in the Beer Sheva area. There were no casualties other than several trauma victims.


It looks like neither Israel nor the Hamas are interested in an escalation of the hostilities at this point.

During the pre-dawn hours Monday morning, the IAF attacked several Hamas outposts and terrorist targets in the Gaza strip, causing some mild injuries.

The fundamentalist Salafi movement, which is associated with Al Qaeda and the Mujahedin Shura Council of the Jerusalem Area, assumed responsibility for the attacks on Netivot and BeerSheva.

According to reports in the Arab media, Hamas security forces confiscated weapons and made several arrests over the past few days among Salafi terrorists, in an attempt to prevent continued shooting and to uncover additional information about their arsenal of weapons. Hamas is focusing on the Shura Council organization, a relative newcomer on the Gaza front, established last June. As of now, more 30 Salafi terrorists have been arrested by Hamas security.

The Salafi organizations have blamed the Hamas and Egyptian intelligence for the arrest and torture of Mahmoud Rashwan, a Shura Council activist suspected of participation in the August terror attack in Rafiah in the Sinai in which 16 Egyptian border guards were killed.

Rashwan is also wanted as a key saspect in the June border attack in which Said Fashafsha, an Israeli citizen working on the construction of the border fence, was killed. Rashwan was seriously injured by an Israeli rocket targetted at his motorcycle in Rafiah.

The Salafi organizations accuse the Hamas of having abandoned the Jihad path and of defending Israel’s security despite its attacks in the Gaza strip and its “crimes against the Palestinian nation.” They warned Hamas of serious consequences should it continue taking action against the Salafis. 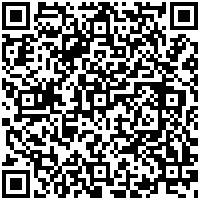