8. Sometimes a small commitment to cultural sensitivity can help thousands of taxpayers take advantage of a city service. For example: when the city operates a swimming pool with women’s hours, if the city would commit to have female lifeguards only during that time, hundreds more of religious women would feel culturally comfortable to utilize the pool. Would commit to having city programs cultural accommodations?

9. Unlike public schools, many religious private schools don’t have expansive buildings and playground facilities attached to their campuses, and so they rely on local parks for outdoor activities. However, the city currently has a policy in which groups larger than 25 must apply and pay for a permit before entering. Would you change this policy to accommodate private schools in order to have easier access to local public parks whenever they wish, without having the additional cost for a proper permit?

10. And finally, something that pertains to my own job, the city has an Emergency Food Assistance Program (EFAP) that delivers commodity foods to local emergency food providers such as soup kitchens and food pantries. However, somehow the city does not allow local charities to choose what type of foods they receive, resulting in a tremendous disservice to charities serving ethnically and religiously diverse communities who are better in knowing what type of food their clientele would desire. Would you change EFAP to allow local charities to have better options in choosing the food they receive, so that nothing goes to waste and that the needs of different neighborhoods are taken into consideration?

11. And now for extra credit: Here is a suggestion that concerns the future of the city’s food systems. While the city makes a point of investing in socially and environmentally conscious food consumption as a way to influence the market, the city also provides subsidies to create creative incubators for new ideas and new food systems.

The following is an idea of how to make urban-local-farming economically viable. Growing produce “insect free” would enable an entrepreneur to sell produce with Kosher certification that is not in need of pre-washing and would open the market to over 1 million Kosher consumers in New York City. Currently, insect-free produce, such as broccoli, strawberries, lettuce, spinach and scallions are sold for five times the price of regular produce. Usually urban farming is not seen as viable because it cannot compete with the mega farms. But adding the “insect free” feature to urban farming in New York City will allow it to be a profitable business model, since New York City already has a market for it which is the kosher/insect-free one. Please consider this when subsidizing urban farms or when land is allocated to pioneer urban farming in New York City. (See recent report on the PBS – News Hour ) My silence on issues like yeshiva funding, school buses, computers for yeshivas, special education and other popular issues is not to be seen as something I don’t care for. It’s only that I would like to bring these particular issues to the forefront of the city’s conversation.

Not Volunteering on Thanksgiving? Here Are 7 Ways to Help Feed the Needy Now

Masbia To Reopen Facility In Boro Park with Crowdfunding Campaign 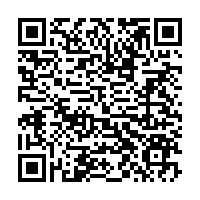