(JNi.media) A Hezbollah official said on Sunday that his party is willing to wait a thousand years for the election of a strong president—this while efforts to resolve the country’s 4-month Cabinet crisis finally looked like they were bearing fruit, YA Libnan reported.

“Whoever wants to buy time to bring us a president who is not strong is wasting the country’s time. We will wait for a thousand years in order to get a president of this type,” said the head of Hezbollah’s parliamentary bloc, MP Mohammad Raad at a ceremony in south Lebanon.


“We want a president who is nationally chosen, we don’t want names that are circulated in the corridors of the embassies of foreign countries. Simply and honestly, we want a president who enjoys the support of his community and has a sovereign mind and a patriotic spirit,” Raad demanded.

According to YA Libnan, Hezbollah officially backs the candidacy of General Michel Aoun, leader of the Free Patriotic Movement (FPM), the largest party in the Christian half of parliament. But Aoun is far from appealing to Hezbollah.

As Prime Minister, Aoun declared “The Liberation War” against the Syrian Occupation in March 1989. In October 1990, the Syrian Army invaded Beirut killing hundreds of unarmed soldiers and civilians. General Aoun fled to France. He returned to Lebanon in 2005, eleven days after the withdrawal of Syrian troops. In 2006, as head of the FPM, he signed a Memorandum of Understanding with Hezbollah.

Article 24 of the Constitution of Lebanon, in an attempt to maintain equality between Christians and Muslims, mandates that half the seats shall be given to Christians and half to Muslims.

Prime Minister Tammam Salam said on Saturday that “the Cabinet is not paralyzed,” it’s only on a hiatus until Salam returns from his address to the UN General Assembly on Sept. 26. He plans to remain in New York until Sept. 30.

Hezbollah and Amal are the two major Shiite political parties in Lebanon. Hezbollah It holds 14 of the 128 seats in Parliament and is a member of the Resistance and Development Bloc. According to Daniel L. Byman, it’s “the most powerful single political movement in Lebanon.” 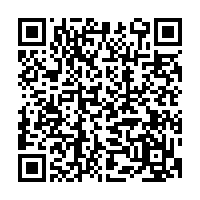