Vandals set fire Monday night to the front door of the Trappist Monastery in Latrun, in the Ayalon Valley. The monastery walls were graffitied with “Jesus is a monkey,” names of the evacuated outposts “Maoz Esther” and “Ramat Migron,” and the slogan “Mutual liability,” Walla reported.

Jerusalem District Police established a special investigation team to examine the case. Police said that they suspect that this is a response to the evacuation of Migron on Sunday.


Right-wing politician Baruch Marzel responded to the arson this morning, saying: “We said that the evacuation of Migron could ignite the fiery rage of an entire community which is feeling bitter.”

Marzel added: “I hope that the government and the Supreme Court will refrain from measures which only increase the polarization in the nation and lead to ‘price tags.'”

Price Tag is a campaign of right-wing activists to avenge anti-Zionist acts on the part of government officials, academicians and people in the media, usually by inflicting some damage to their property and leaving next to it the slogan “price tag.”

After evacuation of Migron, Judea and Samaria Police District Commander Major General Amos Jacob said he feared an increase in the number of Jewish “terrorism” in response.

“The IDF Command and the police are prepared, not only because of Migron. We experience ‘price tags’ after every evacuation, so it’s not something special. I guess you’ll see an increase in the ‘price tag’ events, and are preparing for it,” Major General Jacob said.

The Trappist monastery, the “Monastery of our Lady of the Seven Sorrows,” is inhabited by men only and located in Latrun, off the highway from Tel Aviv to Jerusalem. Some 20 monks over the age of 21 reside there. The monks avoid needless speech as part of their spiritual work. In the past, monastery policy included a vow of complete silence.

One of them must have broken his vows to call the cops Tuesday morning.

In May, 2011, Israeli police arrested several members of the Israeli-Arab Bakri family from Jaffa under the suspicion of plotting to kill an Imam in the Hassan Bek Mosque in Jaffa, and to make the murder appear as a “price tag” attack by Jews.

Israeli settlers were accused by an Arab farmer of burning his 12 sheep alive. B’Tselem turned the story into a major campaign against settlers, trumpeted via Haaretz and other pro-Palestinian Israeli outlets. But when the farmer told police the religious settlers had come in their cars to set fire to his sheep, and it happened to be on Shabbat, he lost all credibility and finally admitted he himself had caused a blunder that ended up trapping his ewes.

And last March, two Bedouin teenagers in Beit Zarzir confessed that they were the ones who had damaged a school for Arabs and Jews, spraying on the walls “Death to Arabs,” “price tag,” and” “Holocaust to the Arabs.”

Obviously, I’m not supporting vandalism, but my government does, openly – against the legal Jewish residents of Migron who, as of Sunday, are homeless.

As to the graffitied allegation regarding Jesus being a monkey – I’d like to hear more about that. Also, in Hebrew the word Kof, used in the graffiti, stands for monkey as well as ape, and also the letter K. Perhaps this was a literary-minded reference to Jesus K., an allusion to the protagonist in Kfka’s “Trial.”

But seriously, folks, do you see a logical connection between the Migron atrocity and burning the door of a relatively harmless bunch of silent monks? Where is the natural connection? Does it make sense that some kids decided, Oh, man, they evacuated Migron? Let’s go to the Trappist monastery in Latrun and give them a piece of our mind!

Those kids must really be random thinkers, to follow the police logic. I mean, it borders on art, it’s Theater of the Absurd, it’s something Grandpa Dali and Grandpa Bunuel would have embraced with joy. How a transfer of Jews in faraway Migron ends up as a crime of vandalism against silent monks in Latrun.

Frankly, I think it was some Arab kids. My friend Y. pointed out that it’s Arabs who assign monkey slurs to non-Muslims. All day long with them it’s the Jews are monkeys. A Jewish hill kid just doesn’t think in those terms. I’m telling you, Monkey is an Arab insult. If a Jewish kid had written it, it would have probably said: Jesus is an Arab.

They also spelled it “Yeshua” which is the Arab-Christian way of spelling that man’s name. We call him Yeshu.

I will release my findings as soon as I conclude my investigation, at about the same time the cops show theirs… 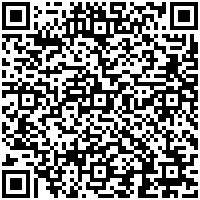