A surprised group of hikers in Gush Etzion stumbled across human bones in a cave near Ein Tzurim, according to police.

The hikers immediately called 100 (Israel’s 911), and the police came to investigate.


The police, once on the scene realized that this wasn’t a murder scene and called the Israel Antiquities Authority. A preliminary examination by their experts indicate that the bones are apparently those of Jews from the Second Temple period.

Davidi Perl, the mayor of the Gush Etzion Regional Council discussed the discovery with Tazpit, “We’re talking about a very interesting discovery, and in retrospect, an incredibly important historical find that may add light on already existing evidence regarding Jewish life in this region thousands of years ago.”

Perl added an observation, “We should wait for an unequivocal statement on the findings. But if it is determined that the findings demonstrate the presence of ancient Jewish presence in Gush Etzion, then this is an additionally significant and strong proof that we lived here in Gush Etzion, and are a link in the chain of generations of the people of Israel. On the way [in Gush Etzion] is the Patriarch’s Path, the main road linking Hebron to Jerusalem and from there going up to Beit El and city of Shechem (Nablus).”

It should be noted that the area of western Gush Etzion and Beit Guvrin, artifacts from the Second Temple and the Bar Kokhba revolt have been repeatedly found, demonstrating the long term Jewish history and continuity in the region. 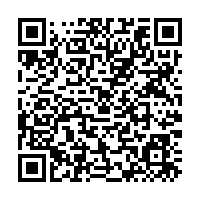