During a press conference on Monday evening in Jerusalem, a reporter for Channel 2 News in Israel asked the Secretary of State about Jonathan Pollard and if he might be released. Clinton went into a long background on Jonathan Pollard being arrested for spying and concluded that Pollard will not go free.

A full report on the press conference will appear in tomorrow’s edition.

Q. On the matter of Jonathan Pollard, we’ve been here for a long time. Don’t you think it’s a matter of justice and even a humanitarian issue that after almost 27 years in jail he should be released?

A. With respect to Mr. Pollard, he was, as you know, convicted of spying in 1987. He was sentenced to life in prison. He is serving that sentence, and I do not have any expectation that that is going to change. 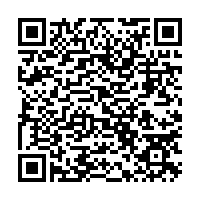