PARIS (EJP)— The National Bureau of Vigilance Against Anti-Semitism (BNVCA), a watchdog monitoring anti-Semitic incidents in France, has condemned a violent anti-Semitic assault against a Jewish woman last Wednesday in Sarcelles, a Paris suburb.


The incident occurred around 6 pm when the Jewish woman and her child were sitting on a bench next to the children of three young women of African origin who were playing with a ball.

The ball then struck the Jewish boy’s head.

The Jewish woman identified only by the initials L.D reminded the children that ball games are not allowed on the site as the signage indicated.

A fight then broke out between the mother and the three young women who violently assaulted her and shouted “Hitler did not finish his work” and “you’re a dirty race”, the watchdog group said.

The victim filed a complaint with local police shortly after the assault.

Because the attack was so violent, it was recommended that the woman take a 15-day furlough from work to recuperate, said the BNVCA.

Sarcelles has a large Jewish community. Last summer, violent attacks against local synagogues and Jewish-owned businesses took place in the midst of Israel’s operation against Hamas in Gaza.

“We demand that the police investigation clarifies the facts and that the justice punishes severely any anti-Semitic violence,” said the BNCA who decided to support the victim and and file a complaint. The BNVCA noted that more and more often a banal incident degenerates into an anti-Semitic attack. “Anti-Jewish speech as anti-Jewish acts have been liberated in particular among citizens belonging to communities who suffered from racism or discrimination,” said the BNCVA, urging the authorities to make a distinction between anti-Semitism and racism. 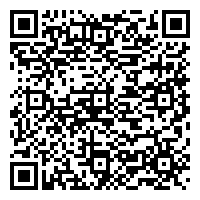