Rabbi Moshe Levinger, born in Jerusalem in 1935, passed away on Shabbat, on the eve of Jerusalem Reunification Day.

Rabbi Levinger was a leading figure in the Religious-Zionist camp and helped organize the resettlement of Gush Etzion after 1967. Gush Etzion had been emptied of Jews following the 1948 Kfar Etzion massacre. He was a founder of the Gush Emunim movement.


Rabbi Levinger is most remembered for reestablishing Jewish life in Hebron and establishing the town of Kiryat Arba.

He began the process in 1968, when he rented some rooms in a Hebron hotel, and then refused to leave until the government allowed him to move to a former army base, which ultimately became the town of Kiryat Arba.

Rabbi Levinger, married to Miriam, had 11 children and 50 grandchildren.

The funeral will be held on Sunday at 12:30 PM, starting at Maarat Hachpelah (The Tomb of the Patriarchs) in Hebron. 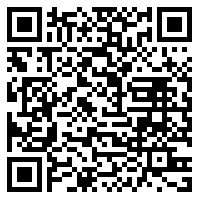