(JNi.media) According to several Arab sources, last Sunday, Hezbollah commander Hitler Yusuf Bero, 47, died from three bullets that were shot through his chest by a 23-year-old assassin in Lebanon. Other sources suggest the killing took place in Syria.

The background to the killing was blood revenge between different clans in the Bekaa Valley. Hitler Yusuf’s description in one account reveals that he was an experienced warrior, well familiar with the local terrain and a good military tactician.

Apparently, the late Hitler was involved in the accidental (or intentional, there are sources claiming either) killing of some children from a rival clan, three years ago. The killer’s clan and the injured one have spent the past three years negotiating a peace, but in the end Hitler was unwilling or unable to pay up.

The late Hitler was a close associate of Imad Mughniyah, a senior member of Lebanon’s Islamic Jihad Organization and Hezbollah, who returned to the merciful Allah in a car bomb blast in the Damascus, Syria, back in 2008. Hitler fought in the 2006 Second Lebanon War against Israel, and with the Hezbollah forces in Syria.

A website called Sharia Unveiled in 2013 published an article titled, “Evidence Mounting That Hitler Was A Muslim and Practiced Islam.” But the record on Hitler and Islam is more complex, and according to Nazi-era Minister of Armaments and War Production Albert Speer, in private, Hitler regarded Arabs as an inferior race. However, in a meeting with a delegation of distinguished Arab figures, Hitler learned of how Islam motivated the Umayyad Caliphate during the Islamic invasion of Gaul and became convinced that “the world would be Mohammedan today” if the Arab regime had successfully taken France during the Battle of Tours. He also suggested to Speer that “ultimately not Arabs, but Islamized Germans could have stood at the head of this Mohammedan Empire.” (Albert Speer, Inside the Third Reich: memoirs) 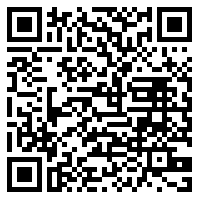