The man who hoarded hundreds of objects of art allegedly stolen from Jews by the Nazis has reportedly agreed to comply with an investigation, and to relinquish ownership of any art demonstrated to be stolen.

Cornelius Gurlitt was discovered to be hoarding in excess of 1000 pieces of artwork on his property, more than half of which the German government believes may have been stolen by Nazis from Jews during World War II. Gurlitt, whose father, Hildebrand, was a notorious dealer in Nazi-looted art, claims that only perhaps three percent of his artwork might have been stolen.


The entire collection was removed from Gurlitt and is currently in the possession of a special task force assembled to determine whether the art was stolen.

“He is committed to the voluntary return of any looted art,” German Culture Minister Monika Grütters told German broadcaster 3sat. “We are very pleased that we were able to reach an agreement with Mr. Gurlitt and his lawyers, regardless of the ongoing criminal proceedings.”

A joint statement issued Monday, April 8, by the Bavarian Minisry of Justice, the German Culture Minister’s Office and a Gurlitt representative said that Gurlitt has agreed to cooperate with the authorities in an effort to determine whether Nazi-looted artwork is in his collection, reported the German news source Deutsche Welle.

The treasure trove was discovered in 2012 when the German authorities were investigating tax irregularities of the 81 year old Gurlitt. After the initial tranche was discovered, a second one was found on another property owned by Gurlitt. The collection includes works by Pablo Picasso, Henri Matisse, Paul Klee and Max Beckman.

During the Second World War, Gurlitt’s father was permitted to trade in what was then known as “Entartete Kunst“(degenerate art), that is, modernist art which was considered “un-German” or Jewish Bolshevik in style.

The huge collection of art was seized by authorities in 2012 who were investigating a tax case, but the incident only became public last November. The trove included works by Pablo Picasso, Henri Matisse, Franz Marc, Paul Klee and Max Beckmann.

In February, the now-elderly Gurlitt filed a lawsuit against the German commission tasked with making a determination of the legal status of the artwork. Gurlitt claimed his privacy and other rights were violated by the investigators and also that they and no one else had any legal right to the artwork but him. 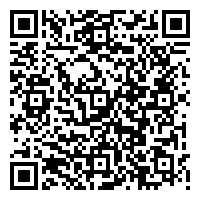