US federal judge Colleen Kollar-Kotelly on Friday ruled that since the Nazis’ looting of Jewish owned art was part of Germany’s war crime of mass murdering Jews, US courts have jurisdiction to hear cases against Germany regarding said looted art.

Germany was asking the court to throw out a lawsuit by the heirs of a group of German-Jewish art dealers who were robbed by the Nazis, arguing that the American court did not have jurisdiction in the case.


This will be the first – but certainly not last – time Germany will have to defend itself in US court over art looted by the Nazis. The case is sure to be celebrated as one of the first outcomes of the recently enacted Holocaust Expropriated Art Recovery Act. The new legislation makes it easier for the heirs of victims of Nazi Germany to seek restitution in US courts.

In 1935, a group of German-Jewish dealers was forced to sell the “Guelph Treasure,” a collection of medieval ecclesiastical art, to the state of Prussia, and now their heirs, Alan Philipp, Gerald Stiebel and Jed Leiber, say the Nazis paid less than 35% of market value.

According to the suit, the sale was directed by Adolf Hitler himself, as well as by Hermann Goering, blocking the rightful owners from selling the works for full price abroad. The owners were under attack not just for being Jewish, but also of being traitors who conspired to send “national treasures” out of the fatherland.

In 2008, the heirs of the Jewish art dealers sued for restitution in Germany, but the Limbach Commission, an Advisory body to the German government, in March 2014 concluded that the treasure should not be handed over since the case did not meet the criteria defining a forced sale due to Nazi persecution.

As a result, in February 2015, the heirs sued Germany and the Berlin Bode Museum in the United States District Court for the District of Columbia to recover the treasure.

Meanwhile, German Culture Minister Monika Grütters, who heads the Limbach Commission (and in the past argued she won’t allow a Jewish member on her committee because they would necessarily be biased) declared the collection a national cultural treasure, meaning it may not leave the country without the explicit permission of the culture minister.

Or, as the prophet Elijah put it so eloquently close to 3,000 years ago: “Thus saith the Lord, Hast thou killed, and also taken possession?” (Kings I 21:19) 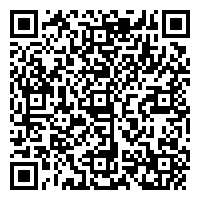