Holocaust survivor and author Elie Wiesel who in 1986 was awarded the Nobel Peace Prize, is dead, according to a Saturday announcement by Yad Vashem. He was 87 years old. Wiesel died in his New York home. He was survived by his wife, his son and two grandchildren.

Wiesel was born in in Sighet, Transylvania (Romania), in the Carpathian Mountains, on September 30, 1928. Wiesel’s mother, Sarah, was the daughter of a Vizhnitz Hasid who spent time in jail for helping Polish Jews enter the country illegally. Wiesel’s father, Shlomo, encouraged him to learn Hebrew and to read literature, while his mother encouraged him to study the Torah. Wiesel had three siblings – older sisters Beatrice and Hilda, and younger sister Tzipora. Beatrice and Hilda survived the war and were reunited with Wiesel at a French orphanage. They eventually emigrated to North America, with Beatrice moving to Canada. Tzipora, Shlomo, and Sarah did not survive the Holocaust.


In 1944, the German army deported the Jewish community in Sighet to Auschwitz-Birkenau. Wiesel and his father were sent to the work camp Buna, a subcamp of Auschwitz III-Monowitz. He managed to remain with his father for more than eight months as they were shuffled among three concentration camps in the final days of the war.

On January 28, 1945, just a few weeks after the two were marched to Buchenwald, Wiesel’s father was beaten by an SS guard as he was suffering from dysentery, starvation, and exhaustion. He was also beaten by other inmates for his food. He was later sent to the crematorium, only weeks before the camp was liberated by the US Third Army on April 11.

For ten years after the war, Wiesel refused to write about or discuss his experiences during the Holocaust. However, a meeting with the French author François Mauriac, the 1952 Nobel Laureate in Literature, and a discussion he had with the Lubavitcher Rebbe were turning points for him. His first memoir, in Yiddish, titled, And the World Remained Silent, was published in Buenos Aires. He rewrote a new version of the manuscript in French, which was published as La Nuit, and translated into English as Night. Wiesel had trouble finding a publisher and the book initially sold only a few copies.

In 1960 Hill & Wang agreed to pay a $100 pro-forma advance and published it in the United States in September that year as Night. The book sold only 1,046 copies, but attracted interest from reviewers, leading to television interviews with Wiesel and meetings with literary figures such as Saul Bellow. “The English translation came out in 1960, and the first printing was 3,000 copies,” Wiesel said in an interview. “And it took three years to sell them. Now, I get 100 letters a month from children about the book. And there are many, many millions of copies in print.”

Night has been translated into 30 languages. By 1997 the book was selling 300,000 copies annually in the United States alone. By March 2006, about six million copies were sold in the United States. On January 16, 2006, Oprah Winfrey chose the work for her book club. One million extra paperback and 150,000 hardcover copies were printed carrying the “Oprah’s Book Club” logo, with a new translation by Wiesel’s wife, Marion, and a new preface by Wiesel. On February 12, 2006, the new translation of Night was No. 1 on The New York Times bestseller list for paperback non-fiction and the original translation placed third.

Wiesel and his wife started the Elie Wiesel Foundation for Humanity. He served as chairman for the Presidential Commission on the Holocaust (later renamed US Holocaust Memorial Council) from 1978 to 1986, spearheading the building of the United States Holocaust Memorial Museum in Washington, DC, during which he pleaded for US intervention in Yugoslavia after a visit there in 1992.

Wiesel and his wife invested their life savings, and the Elie Wiesel Foundation for Humanity invested nearly all of its assets (approximately $15.2 million) through Bernard Madoff’s Ponzi scheme, an experience that caused Wiesel deep pain. 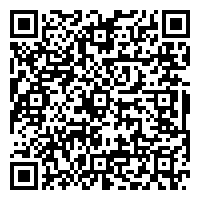