Romanian police on Saturday announced it was investigating anti-Semitic graffiti drawn by vandals on the childhood home in the town of Sighet (Sighetu Marmatiei) in northwest Romania, where the late Nobel laureate Elie Wiesel grew up. Some of the slogans read, “Pedophile” and “Nazi Jew, in Hell with Hitler.”

Romanian-born, Holocaust survivor, Jewish-American writer Eliezer “Elie” Wiesel (1928 – 2016) was a professor, political activist, and Nobel Laureate. He authored 57 books, mostly in French and English, including Night, a work based on his experiences as a prisoner in the Auschwitz and Buchenwald concentration camps.

Wiesel and his wife, Marion, started the Elie Wiesel Foundation for Humanity in 1986. Wiesel served as chairman of the Presidential Commission on the Holocaust (later renamed the US Holocaust Memorial Council) from 1978 to 1986, and was involved directly in building the United States Holocaust Memorial Museum in Washington, D.C. The museum gives The Elie Wiesel Award to “internationally prominent individuals whose actions have advanced the Museum’s vision of a world where people confront hatred, prevent genocide, and promote human dignity.” 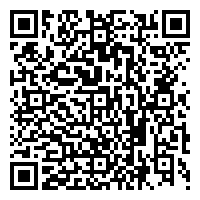