Sunday evening, August 17 – 18, the home of Marwan Kawasme was surrounded by Israeli security and military personnel, as were neighboring homes. The activity is taking place in Daerat alser, which is in the Hebron vicinity.

It is anticipated that Kawasme’s home is about to be demolished.

Kawasme and Amir abu Aisha are believed to be the kidnappers and murderers of the three Israeli teenagers, Eyal Yifrach, Gilad Shaar and Naftali Frenkel. The boys were kidnapped at the Gush Etzion Junction on June 12.

The orders for the kidnapping were allegedly given by Kawasme’s relative, Hussam Kawasme. Hussam was arrested on July 11, as he was attempting to flee into Jordan.

On Aug. 5 it was revealed by the Israeli prosecution that while in custody, Kawasme admitted giving orders to kidnap Israelis this past June.

He also admitted collecting weapons and raising funds for the attack by the Hamas members who carried out the attack.

According to the Israeli prosecution, Hussam Kawasme also allegedly helped conceal the bodies of the murdered teenage boys, which were buried on land he had recently bought.

Hussam assisted Marwan in hiding the boys’ dead bodies by burying them on land he had bought in recent months, the state also said. Marwan Kawasme was a convict who was released in the Gilad Shalit prisoner exchange.

The information was presented by the state to Israel’s High Court of Justice, as part of its justification for requesting the demolition of the residences of the three suspected terrorists.

The demolition request has been pending for some time.

UPDATE: The homes of two of those believed to have planned and kidnapped and murdered Our Boys were demolished last night, and the home of the third suspect was sealed off and will soon be demolished, according to IDF Spokesperson Lt. Col. Peter Lerner.

Hussam Kawasme, the suspect who was arrested on July 11 and confessed to being the mastermind of the kidnapping plot, and who helped his clan-mate, Marwan Kawasme, bury the three boys, was demolished, as was that of Amer abu Aisha. The home of Marwan Kawasme was raided and sealed off during the same operation. 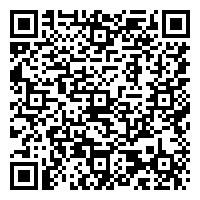