Lawmakers in Honduras voted on Thursday to relocate the country’s embassy in Israel from Tel Aviv to Jerusalem.

“Israel congratulates the National Congress of Honduras for passing with an overwhelming majority a resolution in favor of opening an Embassy in Jerusalem,” Israeli Foreign Ministry spokesman Emmanuel Nahshon said on Twitter.


Honduran lawmakers approved the measure 59-33, which now must be approved by the executive branch.

“A notice has been sent to the secretary of state in the Foreign Ministry who handles [Honduran] ties to the Israeli people, according to which Honduras should consider moving its embassy in Israel to Jerusalem from Tel Aviv,” said National Congress First Secretary Jose Tomas Zambrano Molina.

Earlier this week, Jerusalem Mayor Nir Barkat announced that Guatemala will open its new embassy in Jerusalem just two days after the United States in mid-May.

Like its Central American neighbor, Honduras has been strongly supportive of U.S. President Donald Trump’s decision to recognize Jerusalem as Israel’s capital and to move the American embassy there.

Israel and Honduras also enjoy a strong relationship. In March, Israel announced it would be expanding cooperation with Honduras in areas such as security, economic development, education, health and the environment.

Honduran President Juan Orlando Hernández was also scheduled to take part in Israel’s 70th Independence Day celebrations next week, but was forced to withdraw from the event over human-rights objections from some in Israel. 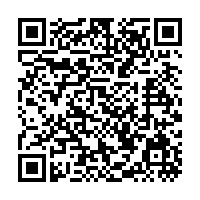