The president of Hungary’s Jewish umbrella group criticized a planned monument to victims of the Germany occupation for ignoring Hungary’s complicity in the Holocaust.

The memorial announced Thursday would be built in Budapest’s Freedom Square and pay tribute to “all Hungarian victims with the erection of the monument commemorating the tragic German occupation and the memorial year to mark the 70th anniversary of the Holocaust,” according to the Hungarian Government Information Center


The proposed monument “would serve to blot out the responsibility of the Hungarian government of that time,” Andras Heisler, president of Mazsihisz, the umbrella group representing Hungarian Jewish communities, told JTA Friday.

Heisler said that Hungarians were also involved in the mass killings of Hungarian Jews 70 years ago and that any monument commemorating Holocaust victims should reflect that fact.

The proposed monument on Freedom Square would be situated opposite a monument commemorating the victims of Communism. Heisler said this risks creating a false comparison between the Holocaust and communist oppression.

Israeli Ambassador: Hungary Not Ready to Face Its Shoah Role 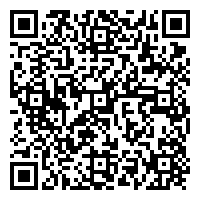