On Thursday, July 3, hackers briefly took over the Twitter account of the Israel Defense Forces. The hackers posted a false tweet that one of the dozens of rockets fired from the Gaza Strip into Israel had hit a facility in Dimona, reputed to be the site of Israel’s nuclear facility, and that the attack led to a nuclear leak.

The “Syrian Electronic Army” claimed credit for the hacking, and posted what looks like the internal IDF site on its own Twitter page as proof.


The bogus tweet: “#WARNING: Possible nuclear leak in the region after 2 rockets hit Dimona nuclear facility” was sent out late on Thursday and soon thereafter was removed from the IDF Twitter feed.

An apology and explanation for the false tweets was sent out by the IDF Spokesperson Lt. Col. Peter Lerner midday on Thursday.

The IDF blog site remains shut down, with a message that it is “currently under maintenance” and will “be back shortly.” The SEA also claimed credit for this hack, and provided evidence of its access on the SEA website.

The Syria Electronic Army, which claims support for the Syrian government, has hacked many other major cyber accounts. According to an online source, the SEA has hacked accounts including the New York Times, Harvard University, the Financial Times, the Guardian and the Barcelona soccer team.

The SEA also hacked into the Twitter account of the Associated Press on April 23, 2103, and sent out a tweet stating that President Obama had been injured in an explosion at the White House.

In an interview released last summer, SEA members vowed they will attack anyone who makes “false” claims or news about Syria, putting the country and the government in a bad light. They also warned the U.S. not to attack Syria, and blamed “Zionists” for the bad decisions of the U.S., both under President Obama and under President Bush.

Another bogus tweet sent out on the IDF Twitter feed on Thursday was one stating “Long Live Palestine.”

For a tiny country that has just been through an extended period of heightened anxiety due to the kidnapping and murder of three Israeli teenagers, and the more than 50 rocket attacks which have struck Israel since Thursday, the fear of a nuclear leak was a particularly ugly attempt to fan hysteria in Israel. 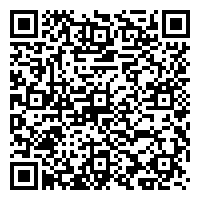