The IDF has announced it will begin to send voluntary draft notices to all Christian Israelis, offering them the chance to enlist in Israel’s army.

The move comes as part of the universal draft law that has required hareidi religious Jews to enter the military as well.


The draft will be voluntary for Christians and will include the option of serving either in the IDF or in civilian (national) service. National Service usually entails work in hospitals, schools, youth movements and similar venues.

A number of Christian groups and veterans have organized an initiative to increase the number of Israeli Christians who enlist in the nation’s armed forces.

It has caused a major controversy among Israeli Arabs, who see the effort as an attempt to divide and weaken the community, despite an increase in those who wish to serve.

Approximately 500 Israeli Christians are currently enlisted in National Service, and 100 are serving in the IDF. 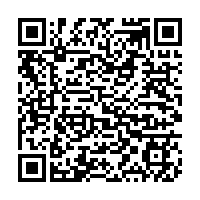