(JNi.media) Overnight, IDF forces together with the Shin Bet, arrested Hassan Yousef, a Hamas leader, in Beitunia, southwest of Ramallah. Yousef, 60, a resident of Ramallah, is a leader of the Hamas terror organization in Judea and Samaria. In the past, Yousef was arrested and imprisoned multiple times. He has been actively inciting terrorism and publicly encouraging and praising the execution of attacks against Israelis.

His son, Mosab Hassan Yousef, worked undercover for Israel’s internal security service from 1997 to 2007. He converted to Christianity and moved to California in 2007.

IDF Spokesman Lt. Col. Peter Lerner said in a statement: “Hamas’ leaders cannot expect to propagate violence and terror from the comfort of their living-rooms and pulpits of their mosques. When you encourage, promote and praise the death of innocents, the IDF will act swiftly to contain the hateful incitement that jeopardizes the safety and wellbeing of so many Israelis and Palestinians alike.”

He is actually considered part of Hamas’ moderate faction, even though he is not exactly a promoter of coexistence between Israel and the Palestinians. He is also considered one of the spiritual leaders of Hamas.

The Shin Bet considered Mosab Hassan Yousef its most valuable source inside Hamas, and the information he provided prevented dozens of suicide attacks and assassinations of Israelis, exposed numerous Hamas cells, and assisted Israel in hunting down many militants, including the incarceration of his own father

In 2010, Mosab published his autobiography, “Son of Hamas: A Gripping Account of Terror, Betrayal, Political Intrigue, and Unthinkable Choices.” 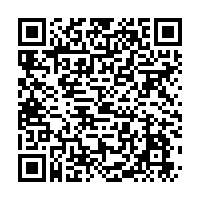