(JNi.media) Better late than never? Dalia Lemkus, 26, from Tekoa, in Judea and Samaria, who survived a stabbing attack in Gush Etzion in 2006, finally fell prey to another terrorist on Monday night, October 11, 2014. A full year later, on Monday night, October 20, 2015, “in accordance with a directive from Defense Minister Moshe Ya’alon,” Israeli security forces demolished the home of Maher Hamdi Zuhair Rashdi Al-Hashlamoun in Hebron.

Al-Hashlamoun, 26, a resident of Hebron, drove his car to the Alon Shvut junction and ran over Dalia Lemkus. The terrorist then got out of his vehicle and stabbed his victim multiple times. Witnesses at the scene attempted to fight him off, and the assailant stabbed two of them as well. Later that day, Dalia Lemkus died of her injuries.


Lemkus was wounded in another stabbing attack, in February 2006, when she was only 17. She was lightly wounded when a 28-year-old Hebron resident arrived at the Gush Etzion Junction with a knife and started stabbing Lemkus and another man, who was moderately hurt. A police officer on vacation happened at the scene of the attack, noticed the terrorist, got out of his car and cocked his weapon. The terrorist then fled the scene.

IDF Spokesman Lt. Col. Peter Lerner said in a statement: “One year ago, a terrorist rammed his car and stabbed people standing at a bus stop at the Alon Shvut junction, murdering Dalia Lemkus. Last night’s activity sends a clear message that there is a personal price to pay when you are involved in terrorism. We will utilize all the necessary means in order to protect innocent civilians from the atrocities of those engaged in stabbing, shooting and the killing of innocent Israelis.”

According to data collected by statistician Nehemia Gershuni, there have been 48 stabbing attacks against Jews by Arabs between September 18 and October 18, 2015. On its face, this should mean 48 demolitions in the near future. But, so far, Israeli authorities have executed only two demolitions of terrorist homes, while canceling at the last minute the demolition of an Arab apartment building in east Jerusalem that was declared an eyesore and had been approved for razing by Israel’s high court. 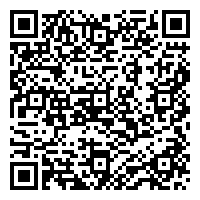