The IDF has promoted national-religious Col. Ofer Winter to the rank of Brigadier-General and head of operations in the Central Command and of the effort to bring more Hareidi soldiers into combat units.


Winter won praise for integrating Hareidi soldiers into the combat unties of the Givat Brigade that he headed until his new promotion.

He implemented the Hannibal Protocol to use all measures possible when Hamas tried to kidnap Givati officer Lt. Hadar Goldin;

and his invocation of the name of God in a letter he wrote to his soldiers before the ground operation against Hamas terrorists in Gaza last year.

The increasing number of religious combat soldiers in the IDF has scared the dickens out of many secular establishment leaders, particularly the left-wing media.

They only have themselves to blame, The number of national religious soldiers and officers in combat units is far higher than those from the secular community when taking into consideration that the national religious community is a small minority of the country, and in some units there are more religious officers on an absolute basis.

In addition, enlistment rates among the national religious community are far higher than among secular Jews, many of whom doge the draft just like a large number of Hareidim.

The increasing number of Hareidim in the army scares the anti-religious elitists even more. The Hareidim, like national religious soldiers, are highly motivated and generally have won high praise for their dedication and skills

Part of that is due to Col. Winter, whose promotion is particularly significant because it comes before legal officers in the IDF have concluded a review of his actions in the war in Gaza and if Winter violated laws of war when he implemented the Hannibal Protocol. His soldiers inflicted heavy casualties among the enemy, and the U.N. so-called Human Rights Council accused him of crimes.

Winter’s letter to soldiers before they entered Gaza stated that “God has chosen us” to “eliminate the terrorist enemy that dares to curse, blaspheme and scorn the God of Israel.”

He also wrote that he read with them the Shema prayer – “Hear O Israel, the Lord our God, the Lord is One.”

This was too much for the secularists, who accused Winter of everything from mixing religion with state to proselytizing.

The secularists are not afraid religion, so long as is it is not Judaism.

That is why they are so scared every time another national religious soldier becomes an officer, and especially when one becomes Brigadier-General.

They don’t see the future. After Winter’s next promotion, he might be replaced by a Hareidi officer. 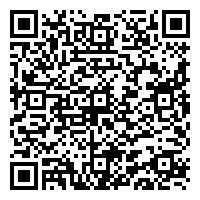