The General Security Service (Shin Bet domestic intelligence agency) announced Thursday that a Hamas terrorist cell was arrested in a joint operation with other security forces.


The group was planning to carry out suicide bombings and shooting attacks aimed at civilians and major population centers in Israel. Most of the detainees have served time in the past for security offenses.

The Shin Bet said that 20 Hamas operatives were arrested in the sting following a months-long operation in the area around Shechem (Nablus). Security officials added that the cell also intended to carry out roadside shootings in Judea and Samaria.

From May to August 2016, the cell operated an explosives laboratory in Shechem, producing about seven kilograms of TATP explosive material used to create bombs intended for use in suicide operations in Jerusalem and Haifa and at various bus stops. Members of the group also purchased M-16 assault rifles.

“Our investigation unearthed a well-organized, structured Hamas cell,” the Shin Bet said in a statement. “Had the cell not been discovered, it would have carried out very severe terror attacks. Thanks to excellent intelligence and the joint operations of Shin Bet and IDF forces, the cell was discovered in time.

“Once again, we see the efforts that Hamas is investing into creating a terror infrastructure in Judea and Samaria in order to carry out attacks against Israelis,” the statement continued. “This large-scale Hamas cell has been operating in the area of Shechem (Nablus).

Andrew Friedman and TPS contributed content to this report. 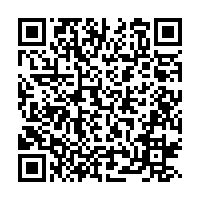