Barack Obama is in the final stretch of his time as President of the United States. It was announced on Sunday that Obama will make his first public appearance at a U.S. mosque to show solidarity with Muslims, whom many blame for all those terrorist attacks they commit.

The White House announced that Obama would be visiting the Islamic Society of Baltimore, which is located in Woodlawn, Maryland, just west of Baltimore. The ISB started in 1969 as a prayer group at Johns Hopkins University, which is located in Baltimore, according to the mosque’s website. A little more than a decade later, the community purchased an eight acre plot of land where the mosque is now located, as well as a school and a multi-purpose hall.


The vision of the ISB is “to be the anchor of a growing Muslim community with diverse backgrounds, democratically governed, relating to one another with inclusiveness and tolerance, and interacting with neighbors in an Islamic exemplary manner.”

Background information about the ISB uncovered a singularly alarming fact: two of the greatest supporters and promoters of a global Islamic caliphate spoke at ISB at least once, according to a “former regular.” This person commented that because it is located near Washington, D.C., “often celebrity guest speakers show up out of the blue. Like Dr. Israr Ahmed, Anwar al-Awlaki and many others.”

So who are those two celebrity guest speakers mentioned by the commenter on Salatomatic, which describes itself as “the most comprehensive guide to mosques and Islamic schools?

None other than two of the most influential jihadists this planet has ever seen.

Most Americans will recognize the name Anwar al-Awlaki, the recruiter for al Qaeda who was responsible for so much terrorism that he was the first American the U.S. has ever put on the  CIA’s “kill or capture list.”

Al-Awlaki preached to several of the 9/11 bombers; was in contact with the Fort Hood military psychiatrist, Nidal Malik Hasan, just before the shootings; and was believed to be involved in the planning of the attempted bombing by Umar Farouk Abdulmutallab, the “underwear bomber,” as well as having numerous other terrorist credentials.

At various times al-Awlaki was believed to be working with Hamas. He also stated online, just after the 9/11 terrorist attacks, that Israeli intelligence agents may have been responsible for the attacks.

Al-Awlaki “is a magnetic character,” said Philip Mudd, a veteran of the C.I.A.’s Counterterrorism Center who spent nearly five years as a top F.B.I. intelligence adviser. “He’s a powerful orator in a revolutionary movement,” Mudd said in 2010.

This charismatic jihadist was also the one who, in 2010, put a fatwa on the life of a Seattle, Washington cartoonist who dared to launch “Everybody Draw Muhammed Day.” That reporter, Molly Norris, was forced to change her name, move and go into hiding.

Numerous terrorists said their inspiration came from al-Awlaki, and many incidents of terrorism were traced to al-Awlaki whose charisma and ability to use the internet to influence followers around the world was unequaled. This terrorist was killed in a U.S. drone attack in late Sept., 2011.

The second “celebrity guest speaker” mentioned by the ISB commenter was Israr Ahmed. Who was Ahmed? A Pakistani with ties to two of the major Pakistani Islamic jihadist groups, Tanzeem-e-Islami and Jamaat-e-Islami.

Israr Ahmed believed in the use of revolution to bring about the caliphate, and withdrew from Jamaat-e-Islami when it chose to engage in “electoral activities,” which was fundamentally contrary to his own revolutionary views.

Tanzeem-e-Islami seeks to establish a global caliphate, is anti-modernity and wants Sharia to control all spheres of life.

According to a report in Asia Times, Ahmed spoke in 1995 at an Islamic Society of North America convention in Columbus, Ohio. At that convention, Ahmed said:

The process of the revival of Islam in different parts of the world is real. A final showdown between the Muslim world and the non-Muslim world, which has been captured by the Jews, would soon take place. The Gulf War was just a rehearsal for the coming conflict.

Just because two leaders of several different radical Islamist jihadist groups spoke at the ISB does not mean that the mosque promotes the ideologies of those two men.

But it is worth finding out how carefully this mosque was vetted. 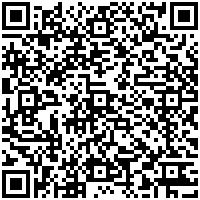